First Art Reviews and Supplement no. 1

Criticize This! project, dedicated to afirmation of the significance of contemporary art and importance of its critical observation in the process od development a democratic and open society, presents through the portals of the organizers and in a form of a supplement in newspapers Novosti, Danas and Pobjeda, the first art reviews by young critics produced under the supervision of well experianced and renowed art critics from the region.

Six selected art reviews in the fields of literature and performing and visual arts, will be published as the first edition of supplement in weekly Novosti in Croatia and daily newspapers Danas in Serbia and Pobjeda in Montenegro.

Other 16 art reviews will be published on portals of the organizers of the Criticize This! project – Booksa.hr, Elektrobeton.net, Kulturpunkt.hr, Plima.org i SEEcult.org), as well as on this web site.

Selected art reviews will be published in portal Eurozine.com, too.

END_OF_DOCUMENT_TOKEN_TO_BE_REPLACED 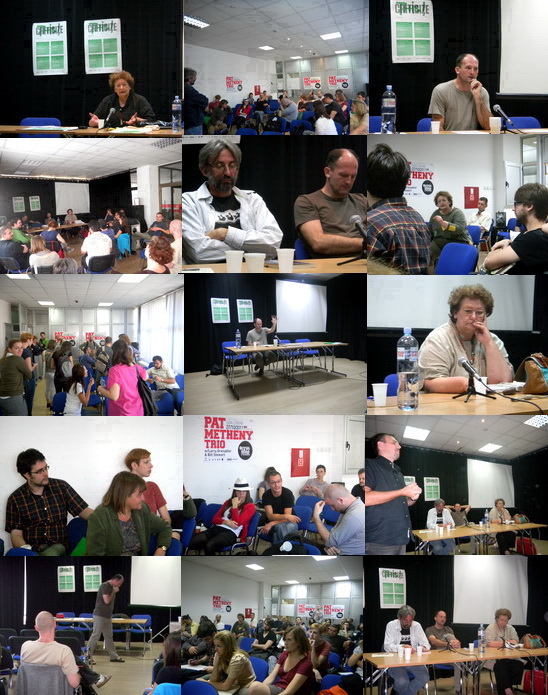 END_OF_DOCUMENT_TOKEN_TO_BE_REPLACED

Students selected for the first module

The first module will be held in Belgrade from September 29th till October 2nd. The module will be followed by intensive work of students under supervision of mentors.

The First Call for Applications is Closed

The call for applications of young critics for participation in the first Art module in the project Criticize this! is closed, and the applicants will be informed about the results by September 20th.

The partners in the project and mentors are thankful to all young critics from Bosnia and Herzegovina, Croatia, Montenegro and Serbia who sent their application for participation in the project.